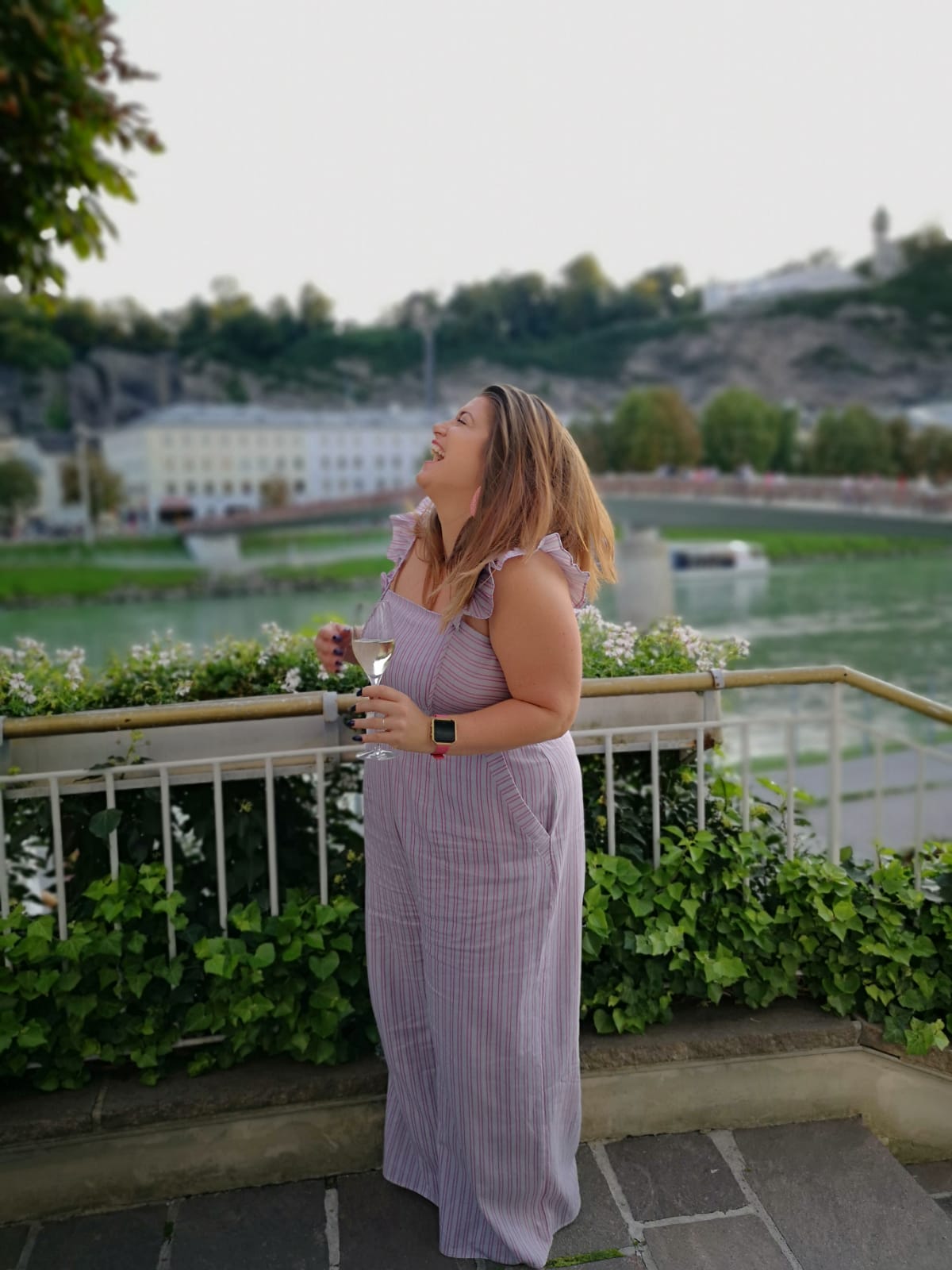 I think I’m pretty well known for talking openly and honestly about my poor relationship with food. Sometimes something pops into my head and I just ramble on for 500 words and press publish and they tend to be my most popular posts.

In February I decided that I was so painfully unhappy with myself that something had to change. I’ve tried every single diet known to man (which you all very well know), the egg diet and the military diet being particular dire and I really wanted to work on self-love and not being defined by a size or a diet culture. I have forever lived in a cycle of deprivation and then bingeing, because I found it so hard to resist everything I loved for so long without finally giving in.

Then things in my personal life took a turn and everything went a bit shit and with being an emotional eater things went from bad to worse with my diet.

I spent days on end not eating at all because I felt physically sick and survived on a diet of G&T’s and wine. I’d buy food that I used to restrict myself from to try and and tempt me into eating it, but I’d take one bite and throw it in the bin because I could almost feel the sick rising in my stomach. When I didn’t feel nauseous I would binge and force myself to eat and eat until I felt physically sick and then feel even more disgusted with myself. I would go out running to get away from the thoughts in my head and would just be running on empty for days on end.

I’d thrive on the scales going down through lack of eating or just eating 1 meal a day that I could stomach and got addicted to that feeling of being hungry.

This was stupid and unhealthy. The one thing that made it worse was I felt like a had a sense of control and that felt like a relief when everything else felt pretty hopeless.

I’m not sure when the turning point happened but it did.

I got out all of my “self help” books and got to work on me. I deleted Instagram accounts that were filled with unrealistic ideals and I started listening to what my body wanted and voila I started mindful eating.

I’d toyed with the idea of eating mindfully for a really long time and was always adamant it was the key to success, but I couldn’t quite nail it. I’d fail because every time I had a calorie laden meal booked or an evening event I would plan what I would have to do throughout the week to justify having a “treat”.

I would wander around the supermarket for hours, picking up the things I really, really fancied, but would then look at the calories or think it “wasn’t good for me” so I’d put it back and move over to the veg aisle, dragging my feet and feeling sad I couldn’t have what I wanted, I couldn’t eat what my friends eat, because I’m fat and my body couldn’t handle it. I would to and fro between the aisles arguing with myself about 1 fucking dinner for god sake and that’s just not fun for anyone.

When I started eating properly again I decided I was going to eat what I fancied, when I fancied it and simply stop when I felt full. Feeling really full always made me feel vile, so I thought why force feed myself when the feeing made me feel like shit anyway? I decided any leftovers could be used for lunch the next day or I could just throw them away.

The thought of being able to have a sandwich, packet of crisps and a chocolate bar for lunch if I fancied it felt liberating. A lunch I used to envy people eating and would think that I couldn’t possibly eat bread and crisps every day without ballooning up like Violet Beauregarde.

My mind started shifting in a way I didn’t think was possible. I’d buy a chocolate bar and then not really want it (weird in itself) and then let it sit on my desk for weeks until I fancied it. The “old” me would shove it into my gob even if I was full because it’d be sitting there singing to me.

I’d stop eating when I was full (very weird). Just last week I went for Indian and enjoyed everything I had, but ate less than half. I didn’t feel bloated and sick and full and took the rest home to eat for dinner the next day…. if that’s not winning I don’t know what is!

I’ve stopped worrying so much what people think. If I want a shortbread for breakfast because I fancy it, I will have one. If I was a slim little thing people would encourage it “oh yeh, you need to fatten yourself up” where as if a little fatty is seen eating chocolate it’s the rolled eyes and the judgment, but I’m just a bit over it.

When out for lunch if I want pizza I will have it, rather than deciding what I want, but then ordering what I should have.

I listen to my body more, sometimes I want bananas and quinoa (I obviously never want quinoa) and sometimes the only thing that will cut it is a packet of salt and vinegar McCoys and that really is ok. Because when you listen to what your body is saying you are filling yourself with what you want and what you need and shit me it feels pretty great.

It is still really trying at times, today I went to a conference with 10 different food stall so saw it as a challenge to eat as much food as I could…. but that was my choice and I don’t feel as guilty as I would have done 6 months ago and I don’t want to throw myself off a cliff for making such poor decisions.

I of course still have a long way to go, after living in a particular mindset for so long it is really hard to flip reverse it and question everything you thought was right, but I’d recommend it, because I no longer feel so trapped in my mind and body.

See ya, I’m now off to run a bath, have a gin and eat cheese on beans on toast, because I’m hungry and that’s what I fancy.

How to Get Into …