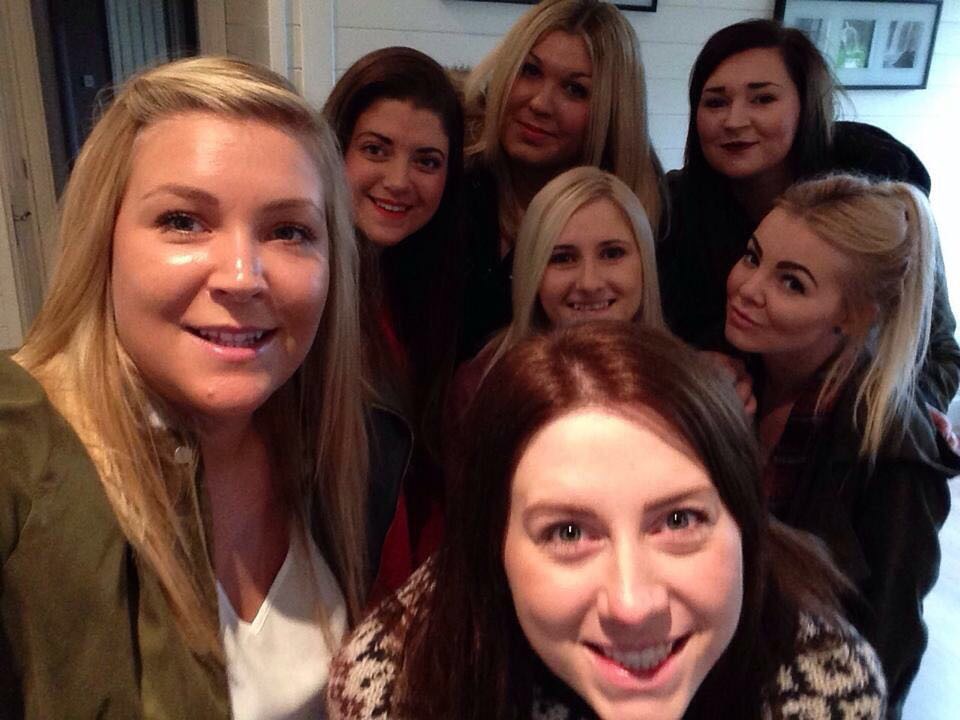 Morning sexy sass pots, I’m laying in bed drinking my Saturday morning cuppa, watching Big Bang Theory and suddenly realised I had this warm feeling inside my belly… excitement. Because tonight I get to see my gal pals. We don’t see each other as often as I’d like nowadays, probs because we are all nearing 30, with mortgages, toddlers and washing up to do.  Actually finding a date we’re all free is literally a nightmare….. it’s horrendous. Tonight with managed to get 5/7ths of our girl band together and I just can’t wait. Side note…. they are all being ridic and crying because they want a mention so the girl band consists of Luce, Jadey, Kimmy, Kirsty, (Jose and Gemmy can’t make it) and me.

Luce and I have still got holiday blues and nothing can perk you up like a night with the girls laughing until our side’s hurt, eating until our stomach’s burst and drinking cocktails until our head’s hurt.

We’re going to head into the city for some cocktails and then wander to Jive the new Mexican restaurant in Norwich for some Tacos [insert your desired Mexican food here]. I’ve felt like a slob this week and haven’t had the energy to do anything, but today I’m going to do the washing, tidy the flat, attempt to sass my hair, pull on a outrageous outfit and slip into some slightly higher than usual (but comfortable) shoes.

Basically what I’m trying to say is gal time is so important. Whether its moaning about work in the whatsapp group for 10 mins, popping round for a quick cuppa, slathing on the sofa eating takeaway and watching TV (one of our favourite Sat night past times) or going full out and organising a night of delightfulness. Your gal pals are your constant, they outlive many relationships, they’ve seen you at you best times and when you’ve been down on your luck. They know how to cheer you up, they know how to take the piss, they know the right thing to say and when to say it, they will ask all the awkward questions (Kirsty), they will always be there to give their opinion (even if you don’t want it) and they will always be there for you, and that is really something you have to cherish. So lets just take a moment to be thankful for our gal pals around the world.

I would also like to shoutout to all of my other delightful gal pals who I cherish just as much as the ones above, you know who you are.

One of the only pics of all 7 of us

Jose with her sausage

All 7 minus Jadey G