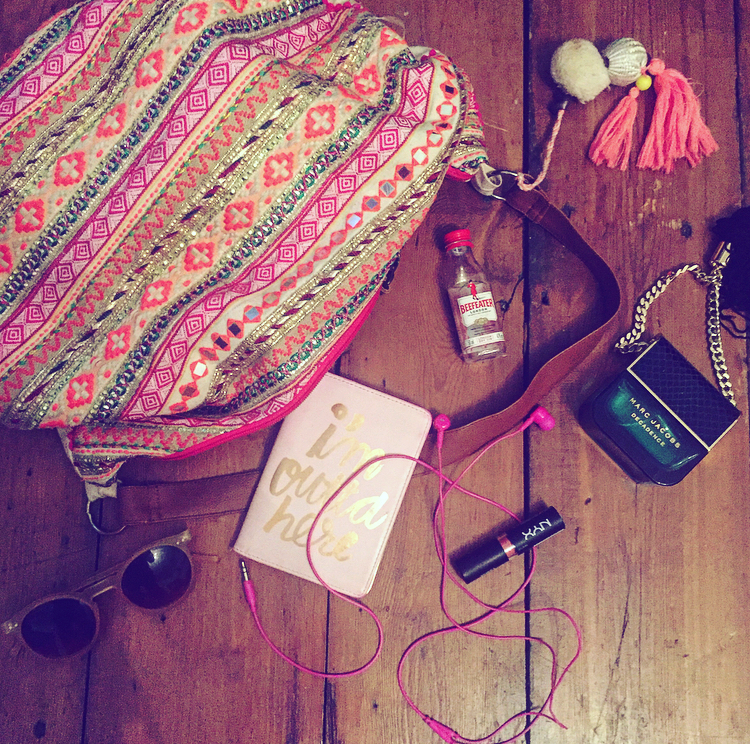 I’ll warn ya’ll in advance that this is going to be a very long post….. not that I’ve actually written it yet, but I just know. I’m also not really sure if there is a life lesson here, but I couldn’t just call the post “anxiety” because that’s just a bit shit. Maybe it is more of an acceptance post an agreement to let the internet into another little secret about me. I’m even sure if I dare to click “post” but if you’re reading this I guess I’ve mustered up the courage.

I’ve always been a worrier, blowing things out of proportion and dramatising everything (because I’m not sure if you know I am a massive drama queen). Up until about 2 years ago my mum still had to come to the hairdressers with me, just in case something insane happened, like they asked me a question I wouldn’t know the answer to….. not that I’m really sure what that would be. “would you like a drink” or “can I take your jacket” all have pretty straight forward answers. Sometimes Mum would suggest “popping out” and I’d have a little breakdown and give her that begging look of please don’t leave me here alone with these scary people. So she would always do it, sit there patiently like a good little girl and be my little moral support. I’d tell people I wasn’t confident when I met new people and they’d all scoff at me and say how confident I am (I am very good at pretending and as soon as you get to know me you can’t shut me up).

Last year after ignoring it and burying my head in the sand I knew anxiety was my nemesis and was slowly taking over the positivity that used to overrule. I struggled to talk or make sense when I did talk, I would worry endlessly and unnecessarily and couldn’t go to new places alone. Talking about it has really helped and made me realise not only am I not alone, but it really is true when they say “a problem solved is a problem halved”. I’m not ready to go to the doctor quite yet and therefore haven’t had an official diagnosis and I thought I’d try as many natural/holistic/witchcraft treatments before I went down that route. I have been to a holistic therapist and she has made me some Harry Potteresque little potion which seems to be working wonders. I’ve also had some CBT treatment through work, which has been amazing and work in general have been really understanding. I was so scared to talk to my manager about how I was feeling, but when I did it felt like a weight had been lifted.

However on my return from holiday last week, things got bad, things got real bad. I can laugh about it now, but I can promise you that at the time it was not funny. After waiting 3 hours for my TRAIN, after receiving an email giving me info about my TRAIN journey, after printing off my TRAIN tickets I proceeded to the COACH station to wait for my coach and I’ll tell you why, In my tired, sad, deluded state my TRAIN ticket said coach A……. YEP! I suddenly realised about 2 minutes before the train was due to depart and ran through the airport like a mad woman and I missed it, I missed the train I had been waiting 3 hours for. Well that was it, I burst into tears and for the first time in my life I started hyperventilating, I called my mum and couldn’t speak, I couldn’t breath and I could not calm myself down.

And do you know what brought me back to earth… humanity. In a world where we have to question humanity often (unfortunately) this day, this moment, this life event restored my faith in humanity.

Whilst crying hysterically and hyperventilating on the phone to my mum she ordered me to go to the customer services desk. I stumbled over and blubbed what had happened to the man. He had the kindest face and told me to calm down and that everything would be ok. He told to wait an hour for the next train and then to tell the ticket conductor a little white lie and tell him my flight was late, then he said something wonderful. “I will print you out a timetable for your trains as long as you promise me you will stop crying and calm down” I nodded my head like a nodding dog and he told me to go and get a coffee and wait for the next train. I continued to beat myself up, still crying and texting mum and Emily repeatedly telling them how much of an idiot I am and how useless I am. I continued to to worry and fret about what would happen when the train came “would I get on the train” “would I be charged for another ticket” “would it be £100…. when I didn’t have £100 in my bank account” all these thoughts constantly circled along with the thoughts of being useless and an idiot (even though Emily spent the whole night telling me I wasn’t!). I got on the train fretting and guess what another wonderfully kind ticket conductor, who told me not to worry and that he was tired and as long as I smiled at the next train conductor he was sure I’d be ok. Oh how I wish that would have stopped the worry. A whole hour spent getting worked up about how the next conductor may react and same story, he was nice as pie and told me not to worry. I didn’t even get to say my speech I’d been rehearsing in my head for the past hour!

Looking back that just sums up how easy it is to worry yourself into a frenzy over nothing, well it was something, but it was a whole lot less something than I thought it was. It’s amazing how you can look back and realise that what doesn’t kill you makes you stronger and getting through a hurdle a day at a time is progress, no matter how small. So thank you to those wonderfully kind people, thank you for restoring my faith in humanity, thank you for helping me stop crying and thank you for helping me jump over that hurdle.

Ps I would just like to add that I’m really pissed off because I booked first class seats and in the debacle I didn’t dare sit in first class… so I had to slum it.

What happened when I …

Mourning the Old Me