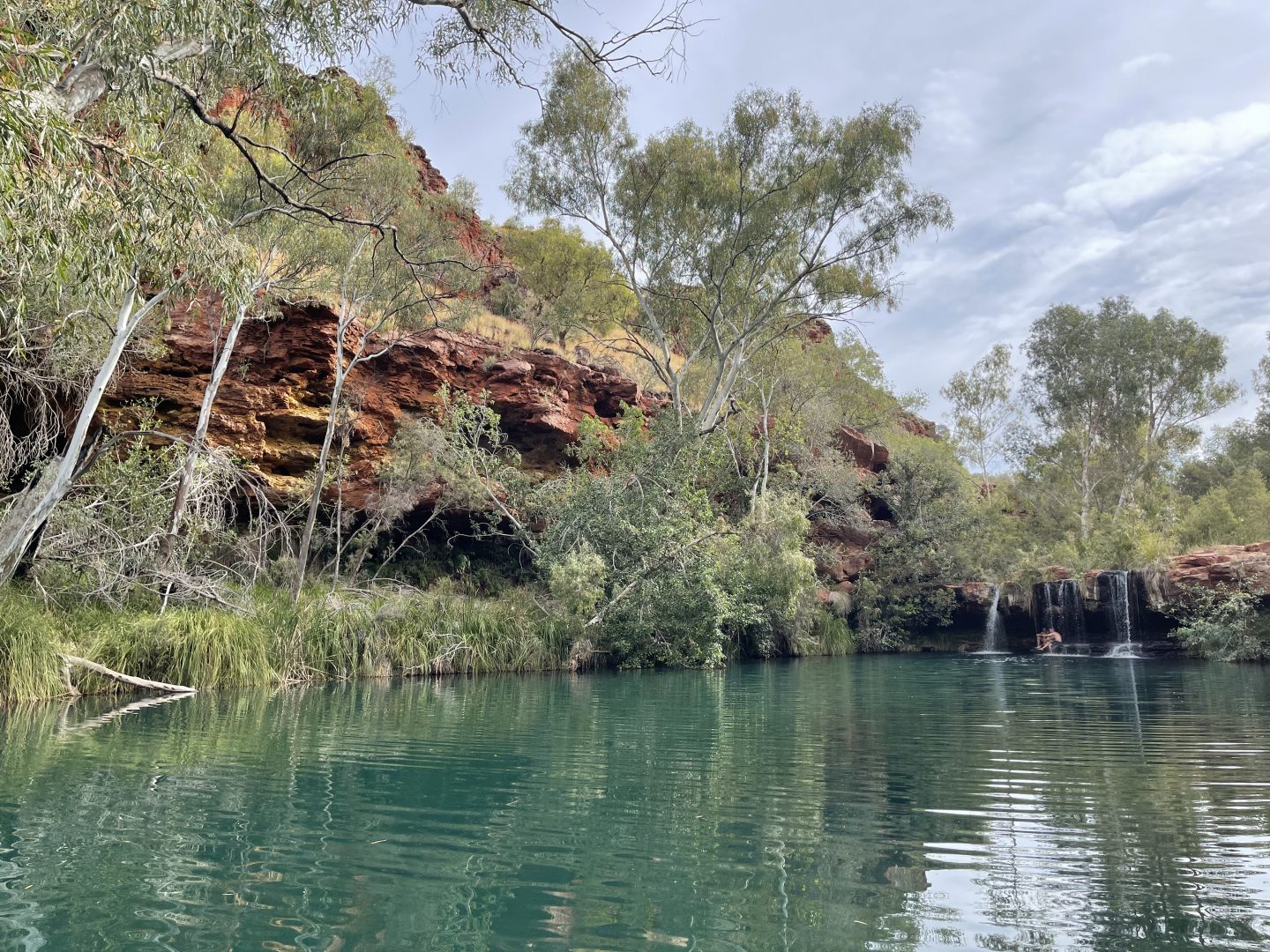 Strangely enough a lot has happened in the last 12 months since I last wrote a blog post. I’m clearly a slacker and can’t even be bothered to write 2 lines a day in my diary, let alone type out a blog post. I’m currently around 15 days behind on the old diary for anyone who give the teeniest fuck about that.

I’ve been writing a bit recently, but not feeling like what I’ve written is interesting or important enough to publish, so I haven’t bothered. And now here I am trying to summarise the last 365 days into a blog post.

I forget that people aren’t up to date with what I am doing as:

So I last left you guys in Cairns, Queensland and I’m not going to boast, but I’ve covered a hell of a lot of ground since then. I would strongly recommend reading this and bringing up a map of Australia at the same time, to get an idea of my little travels. Alternatively, if you have a world globe hanging around (like we do in our wardrobe for some reason) have a little look at that.

After a ridiculous birthday bonanza with a lot of tears, booze and being spoilt we left our boy Aiden in Cairns and headed inland through a gravel road for about 150km (100 miles) and headed to Darwin, via popping a tyre and Ella losing her glasses out of the car window.

We spent another 3-4 weeks travelling right through the middle – yes through the middle, stopping at Uluru, Coober Pedy and ending up in Port Lincoln on the South Coast to go swimming with the sea lions. After arriving in Adelaide, we spent a week or so hitting up wineries, feeling freezing and then embarked on the mammoth journey of getting us and the car back to Sydney, a mere 1359kms or 850miles.

Now do you understand why I suggested looking at a map?

After living in Melbourne for such a long time, I knew I wanted to experience living in Sydney before thinking about returning to the UK. Before I knew it 8 months had passed in a blink of an eye. I’m going to be honest and say it wasn’t the most glorious of summers – apparently Sydney have a rainy Summer once every 4 years, nobody ever bloody tells you that do they?

Although I think my heart will always belong to Melbourne, I had the most amazing 8 months, with another Christmas in Australia ticked off, the easing of Covid restrictions, meaning boat parties, sunny Saturday afternoon happy hours and lazy Sunday’s on the beach if it was hot, or the sofa if it was raining.

The beaches in Sydney are truly stunning and being able to really absorb myself into the lifestyle was just fabulous. Waking up for sunrise swims at the beach, a few beach beers after work or doing one of the many beach walks, just really made me appreciate where I was living and how bloody lucky I am.

With Covid changing our road trip plans in 2020, I was still so desperate to get over to the West Coast and see what all the fuss was about. My mum goes on about it constantly although she has never been to Australia, so she was every so desperate for me to experience another state. So we saved hard, well as hard as you can when there are so many fun things going on around you all of the time and decided the next plan was to get to Perth when WA finally opened their borders.

April arrived and we’d rounded up 5 of the gang to join us on our adventure. As the final Friday in NSW approached, and I quickly ticked off a cheese toastie from the Sydney hit list, we hear that WA have had a Covid case and are going into 3 day lockdown from midnight and all over the weekend. Well, not the best start to our trip, but with our positive pants on we were grateful that at least we were still being allowed in!

We spent 3 days drunk, because there wasn’t anything else to do. We emerged from lockdown with slightly affected livers, but also with freedom to enjoy our last few days with our dear little Katie, before she joined the ever growing list of friends who have returned to the UK.

Flash forward 7 days, lots of wonderful memories, some sexy dinners and a severely fractured bank balance we waved goodbye to our girl and picked up our whopper of a campervan, to explore Australia’s west coast for 4 weeks. Usually here I would talk some shite about writing this in a separate blog post, but lets be honest, you probably won’t hear from me for another 365 days, so I’ll just do a summary here.

So the first leg of the journey was a measly 1381Km (850 miles) from Perth to Karijini National Park. After a mammoth Kmart shop, a substantial (but not big enough) bottle’o purchase, a little ding on the campervan and enough dried noodles to last around 6 years, we set off on our adventure. I’ll be honest, we made it about 2 hours down the road, before the sun started to set and we had to set up camp for the evening. We’re not pussies, but it is super dangerous to drive in the dark as those bloody kangaroos hop out of nowhere and we didn’t have fully comp insurance…. so it definitely wasn’t worth the risk.

Cue the next morning and a cracked windscreen, we were off to an iffy start….. and that’s before we ran out of booze! By day 5 we finally made it to one of the most stunning National Parks I’ve visited in Australia, Karijini. The sun was shining, we hiked and took a dip in the natural pools and then shared our last 4 tinnies, whilst weeping about the fact we clearly drink more than we admitted to and the bottle shops do not run Sydney hours and are few and far between. By the end of the trip we were sufficiently stocked at all times, thank the lord.

Next we headed further north to Broome, where we spent the loveliest few days watching sunsets, visiting the oldest open air cinema in the world, playing bingo and of course moaning that it was too hot (this carried on for a further 3 weeks BTW, until we started moaning it was too cold).

Now to the exciting part, making our way back down to Broome, we stopped at wonderful places including 80 mile beach where we ate the most ridiculous fresh bread roll I’ve ever eaten. Yes, it was still warm and yes, we had lurpak in the fridge and yes it does make it to one of my memorable moments. The sunset there was also one of the most divine on the trip.

After a few more days of travelling we arrived in Exmouth – After a perfect reunion with our boy Jeffrey, a slight sea urchin incident and an obscene amount of red jellyfish, we frolicked about along the beaches, were reunited with our old friend goon (box wine) and then subsequently all ruined our lives by potentially getting the most pissed I’ve ever been in my life – apart from that one time I got alcohol poisoning.

Exmouth is also where we swam with the whale sharks, the friendly giants of the ocean that can grow up to 18m long. It was stressful and full on, but just another incredible experience to be able to tick off. The feeling of swimming alongside something so monumental was just magical.

Onto sunrise snorkels in Coral Bay, the stromatolites in Hamelin Bay, shell beach, dolphin and turtle watching in Monkey Mia, the wonders of Kalbarri National Park and sand-boarding in Lancelin.

So all in all a wonderful 28 days of flying fish, white peacocks, camels, rock wallabies, dingos, kangaroos, dolphins and turtles. We experienced the most soul enriching sunrises and gazed at the stars whilst chatting shit because of all the tinnies we’d consumed.

And now here we are 3 months down the line and still in Perth. I’ve done that thing where I say I’m going to stay somewhere for a short while and then suddenly it’s nearly September.

We’ve already visited the two main wine regions in the area of course and would just love for the sun to come out some more so we can explore and adventure more than we have been able to so far!

The original plan was to save hard and then head for a lovely little trip to New Zealand, but Australasia has finally caught up with the rest of the world and the pandemic and had a Covid outbreak so New Zealand have sadly closed their borders until at least the end of the year.

Therefore it’s time to curate a plan B, hopefully a few weeks travelling somewhere hot, border closures permitting and then making my way back to blighty ready for Christmas. As always I write this tentatively, especially as someone who came to Australia with no real plan and also for someone who has been saying they’re going home for at least the past 6 months!

Who knows where I’ll be in 3 months, 6 months or beyond, but that’s the fun part isn’t it?

All About the Love

Why my holiday to …