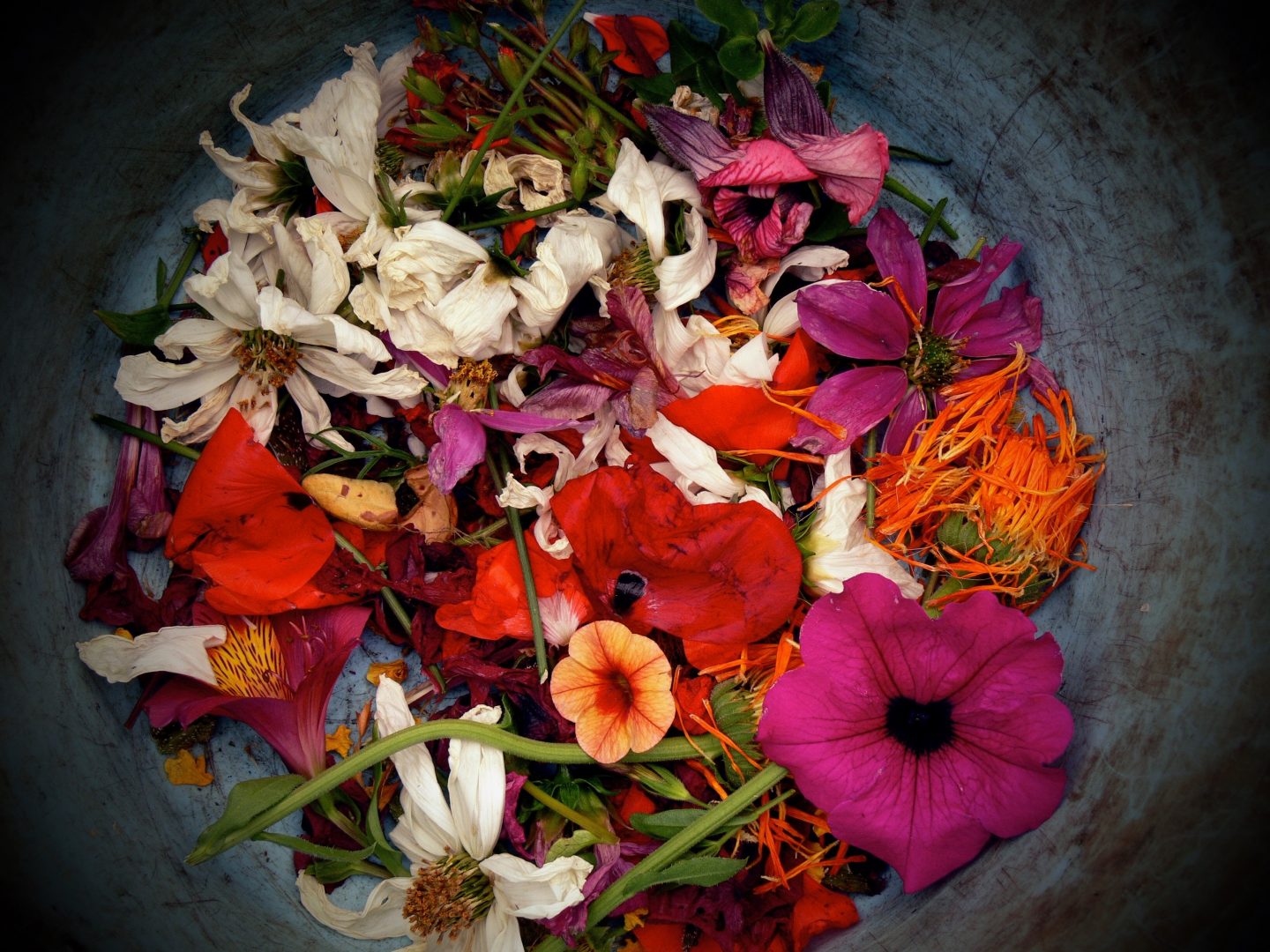 Alas this isn’t a blog post where us gals sit around in our pjs, having pillow fights and discussing our vajayjays…. that’s something we do after the 3rd bottle of wine and don’t then blog about it, well I don’t anyway.

It absolutely pains me to say that stats confirm that women attending smear tests are at an all time low…. it seems the Jade Goody tragedy is just a long and distant memory. Jade Goody who died aged 28 with 2 young children. 28….. my age and the age of many of my friends who also have young children or like me only now dipping their toe into the world that lays out ahead of them.

An article in the Metro confirmed 1 in 3 women aged 25 to 29 skip their cervical screening, an alarming figure considering 3,200 women are diagnosed with cervical cancer every year in the UK, and nearly 900 die annually.

People seem to be far more concerned about a medical professional seeing their cunny rather than the countless male or females that have been muff diving them until the cows come home and I can bloody assure you if anyone if going to judge you it’ll be Sam from Suffolk and not Nurse Practitioner Smith, to them your bit of meat is just a part of the body and they are there to do a job.

So, wanna hear my story?

I’m gonna do a little Craig David and rewind. It’s August and I’ve been eagerly awaiting my smear test letter. Yes, I do have hobbies and a very busy social life, but also don’t want to die aged 28 of cervical cancer thank you very much.

I’ve already booked my flight to oz (that’s a secret though) and although I absolutely detest going to the Drs I want to make sure my fouf has been swabbed within an inch of my life before I go to oz, because:

A) I don’t want to hand my notice in if I have got cancer because I won’t get sick pay.

B) if there are any abnormalities I want my vag to be fighting fit before I get on that plane.

Around September/October time I get my letter and got straight on the blower to book myself in. They suggest an appointment date of the Saturday of that week. I of course go into meltdown that they somehow know that my muffin was not okay and were desperate to prod around and find what the chuff was wrong. I texted a few of the gals and they of course reassured me and on reflection how the hell would Sandra on reception know my cervix was not ok hun.

The Saturday comes around in a swizzle and I spend a maximum of 4 seconds thinking about whether I need to do a bit of fanny admin and then decide to do a quick whip round with the razor in the morning because I’m lazy and don’t wanna look like I’m making too much of an effort ya know? Don’t want her to think I’m coming onto her or anything.

I don’t shave my legs because I’m too lazy and it’s basically winter, but I of course bathe in 92729 products because I’m paranoid she’ll think I’ve got a smelly puss (I haven’t by the way, it’s just the smear fear).

Of course my 1st smear test was a completely different experience. I went into meltdown about whether I should apply a vejazzle or wax my whole body including my head so the nurse didn’t judge me on being an untidy lass or whether I needed to keep a neat little landing strip so I didn’t look like a 7 year old girl, pretty sure I went for the former option and whipped the whole lot off. Much to my disappointment they don’t even look at the top, so what a bloody waste of time and stress that was.

To further incentivise people some beauty salons offer a free wax to encourage people to bite the bullet and get checked out.

I attend the appointment with a cutie nurse, she asks a string of questions and we make small talk (which is of course one of my least favourite things to do, especially when I know she’s about to swab my innards). I tell her I feel sorry for her that she has to work on a Saturday and she tells me that she’s in a different office today so doesn’t know how to work anything….. good.

The nurse talks through every single stage and I whip off the old knick knacks and jump on the bed (when I say jump, I probably awkwardly tried to get up in a ladylike manner and fail miserably). They give you a little privacy sheet which is a god send so you don’t feel completely exposed to the world.

I place my fists under my bum because I’ve got a tilty cervix or some bullshit and the nurse does a swab. The only way a can describe this is a really intense period pain, but other people describe it in all different ways. The whole procedure genuinely only lasts approx 3 minutes. Some people say it hurts, some people say it feels scratchy and some people say it doesn’t affect them at all.

I get told to expect some bleeding and get offered a panty liner which I obviously lol about in my head and politely decline. The nurse tells me to expect a letter within 2 weeks and to call the surgery if I don’t receive anything.

2 weeks goes by, then 3 weeks, then 4. I start to get fidgety and panic that there is something seriously wrong. I call the surgery and the receptionist is a bit of a twat (vagina pun/reference not intended) and tells me someone will call me back….. I of course start planning my funeral (cremation, Florence and the Machine and leopard print please) and prepare myself for the news.

I get a call back and find out I’m once again being more dramatic than Gemma Collins and they couldn’t get an adequate result which could have been because either enough cells weren’t collected, the cells couldn’t be seen clearly enough or an infection was present. The sigh of relief is ginormous, but I then get told I have to wait 12 weeks before I can have another smear test, that takes me to 4 weeks before I leave for oz….. Shit.

The next 8 weeks are a bit of a stress I spend a lot of time worrying that if something is wrong at my next smear then there really isn’t much time for me to get treatment. My friend and I laugh that the healthcare is meant to be ace in Oz so I could just let them fix me when I get there but there is a underlying worry that I can’t shake. When you suffer with anxiety you just overanalyse and play every single worst case scenario over and over in your head.

Smear day arrives and I sit in the waiting room and suddenly think “oh shit what if it’s a friend’s mum”. That’s not just another wild scenario I’ve made up, but an actual concern as I know she works at the surgery and I always request she doesn’t do my smear, but was so stressed about booking the appointment I don’t even ask.

It’s of course her when she calls me in and I want to cut my cervix out and give it to her to test without me being present or alternatively army roll out of the surgery and hope she doesn’t see me.

Instead I decide to take the *nearly* 30 year old woman approach and say hello and smile politely. She asks if I mind her doing my smear and I say I haven’t really got much choice followed by 5 mins of babbling on about going to Oz and I’m really worried something is wrong and it is now and never so yes, I will have to be ok with her touching and prodding about in my delicate flower.

I curse myself for not putting a fucking bow on it or something and only having enough time to swish a baby wipe round as I’ve been at bloody work, but grimace through the thought of it.

Once again we chat shit and makes me feel comfortable and I’m soon happy to spread my legs akimbo and let her do her job….. because at the end of the day that’s what it is, a job for the prevention or early intervention of something that can destroy people’s lives.

I leave the room and she promises to call me as soon as she has the results so I don’t have to wait for the letter and stress myself out further.

This morning I got the call to say everything is ok, and I thank the fucking lord my disco flaps have pulled through for once.

So all in all it was 5 mins of uncomfortableness (twice) vs any further procedures or treatment to fight cervical cancer.

So if my ramblings and awkward story isn’t enough to get your smear test booked in if you’ve been putting it off…. or make you feel more at ease if you’ve already got one booked, please at least share this post to spread awareness or to get females spreading their legs (for smear testing purposes, not just randomly).

Please don’t leave it too late because you don’t want to be part of a statistic that you could have prevented, remember 3,200 women are diagnosed annually and 900 of those females die because of it.

A Year In Photos

How To Support Charity …