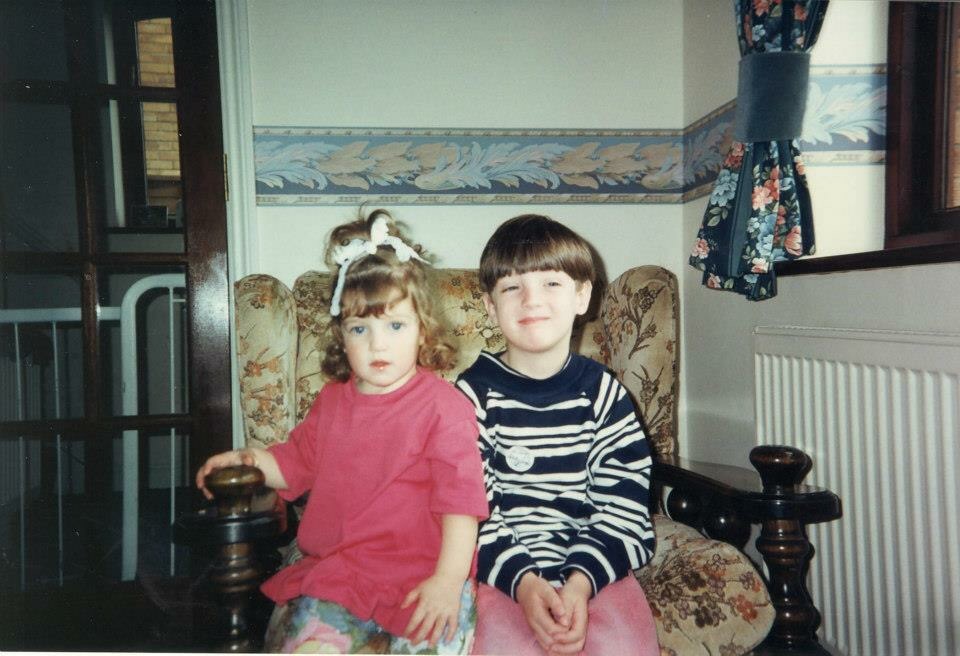 Let’s set the scene. I’m in a beach bar in Thailand, the sun is shining and I’m 3 cocktails deep and they’re playing an emotional playlist (I’m talking “have I told you lately” and westlife), and it’s hitting me, it’s hitting me hard.

My brother has always been the successful one… He moved away at 16 to study marine engineering and since then he’s become more and more successful (through determination and hard work I hasten to add) he’s also the lucky one, cue Christmas Day after lunch when we all do our scratch cards…. He’s the one who always wins obvs. Those 20p’s without the date, yep he got one of those!  It’s just the way he is.

We’re  very similar, some people say we’re the same person but I’ve just got long hair and boobs and he’s got a skin head (like a thug) and no boobs obvs (maybe moobs) but personality wise we are both loyal to the death, drink alcohol like there’s a drought and have the same dry sarcastic sense of humour, However thankfully I’m not childish, a wind up merchant and gullible as anything. I think when he moved away was the point when we just stopped being as close, because that’s natural, isn’t it?
Whenever we’d see each other, which wasn’t often things would still be the same, he’d wind me up, i’d get moody, but we’d all laugh as a family, which made me so happy, apart from my moody dad, because he’s always moody. And I always knew that I could ask talk to him about stuff and he’d never tell mum and dad (we had a few secrets) and if I was ever out he would be annoyingly protective (I remember a particular night in faith) but looking back I realise he was showing his love and I’d never have it any other way. But as we got older our time apart us got longer and we led our separate lives as adults do.

We’ve both always been quite free spirits and he decided to live in Thailand which I envied him for but also respected his passion to travel and experience different countries and cultures, but He’d miss Christmas (which is such a precious time to me), Mainly because of his work but I’d resent him for that, because I always yearned for our whole extended family to be together, but somehow now I get it, I understand.

It’s not until I came to visit him in Thailand that I feel that I understood it all and our relationship got so much stronger. We never spent time apart but being here alone with him and his family made everything slot into place. My parents have always been there and we haven’t had our chance to be us two , to reminsce about our childhood, to tell each other secrets about when we were young and reckless, to laugh about him still being a child (he’s 28), and for him to laugh, really laugh and look like my idol, my grandad, to wind each other up and take the piss without any repercussions, or him making me “eat grass” like that one time. He’s done everything he can to show me around and look after me whilst I’m here(even if that includes him refusing to let me get a moped) and that in itself is love. He’s shown his vulnerabilities and watching him being a family man is the most incredible thing of all.

It’s made me realise that everything’s relative, we’re adults now he leads his own life and I lead mine, but he’s my brother, always had been always will be. And time and distance may separate us, but love can’t. We’re still the same people just older unfortunately and spending a day with him and his family escorts me back to our childhood where things were carefree and dandy. Being apart from somebody and not speaking to doesn’t then means your relationship had changed, however sometimes it does and sometimes it’s for the better.