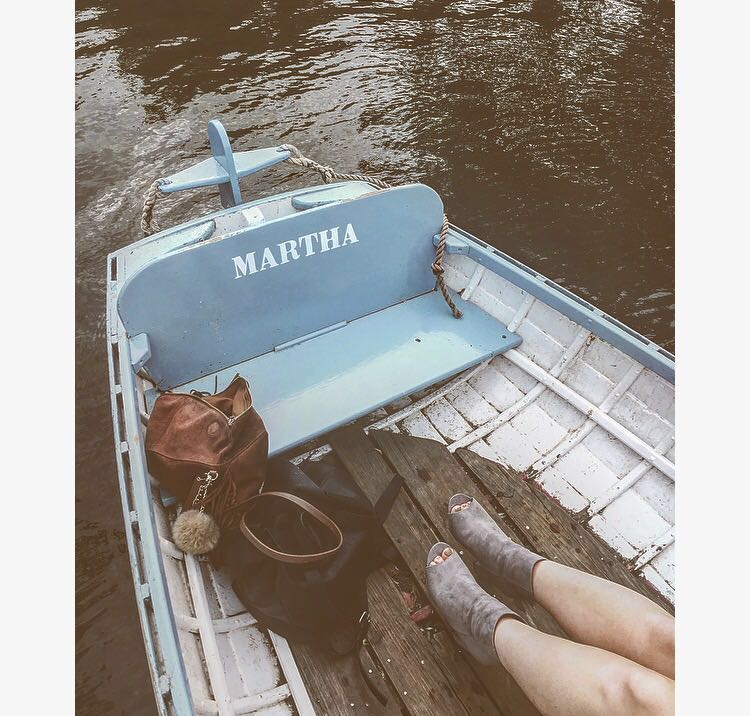 In short, because they are fun and spontaneous and exciting! The end, jokes.

Basically me and friend Emily realised on Tuesday morning that we both had a random weekday off and thought that maybe, just maybe it would be an idea to actually go out and do something rather than lying in our pants all day watching Pretty Little Liars.

I arrived at hers armed with my picnic hamper and the most unpractical shoes, she basically provided the rest, because I’m just a lazy gal……. like the items to put in the picnic hamper, socks to go with my 2 spare pairs of sensible shoes I’d also brought, a mix tape (yes, you heard right) and a postcode, oh the excitement.

The excitement temporarily subsided when I put the postcode into my satnav and it said 2 hours minutes, erm not ideal for a random, spontaneous day out and then I realised it was still stuck on Kings Lynn where I had been working the day before, once I re-calculated it said 50 minutes, now that’s what I’m talking about.

We rocked up 50 minutes later at Thorpeness and it was just soo swoonworthy. To put it into context its on the coast about 45 minutes from Ipswich and in the lovely county of Suffolk. I have to admit we weren’t actually prepared for such a small village and had to drive to a cashpoint straight away as remembered these little old places are in the dark ages still .

We started of our day with a little canoe ride on the lake, which was definitely eventful (I don’t think I will be entering the Henley Regatta anytime soon)! But it was so fun and I laughed and laughed until my jaw ached….. mainly due to the fact we kept floating into this same bush or were going round in circles.

We then went for a little wander and looked at all the pretty houses and when I got home I obviously devoured right move and realised the absolute babe one I loved was £545,000, hmmmmm not sure my Neighbourhood Officer wage can stretch to that (eye roll emoji) one day, one frigging day.

And then we went and sat by the lake, ever remembered the last time you just sat? Sat and watched the world go by or sat and chatted, well that is what we did and it was just bloody lovely, hours could have passed and I don’t think I’d have noticed.

To walk off our lunch Emily had great idea to walk to Aldeburgh. This sounded pretty perfect, but in reality which was rather stressful, because as an estimate I would say the winds were coming towards us at at least 428MPH. We arrived hot, sweaty, windswept messes and all we needed was a cup of tea, which we had at “Cragg Sisters Tearoom” top rated on Trip Advisor don’t you know. It was cute and we just mooched about some more looking at houses before we embarked on the return journey.

All in all it was a pretty perfect day, spent with the best company in a lovely, lovely place. So yeh, that’s why spontaneous days out are the best days out.

A Secret Hen Do …

How To Support Charity …

Why Valentines is not …