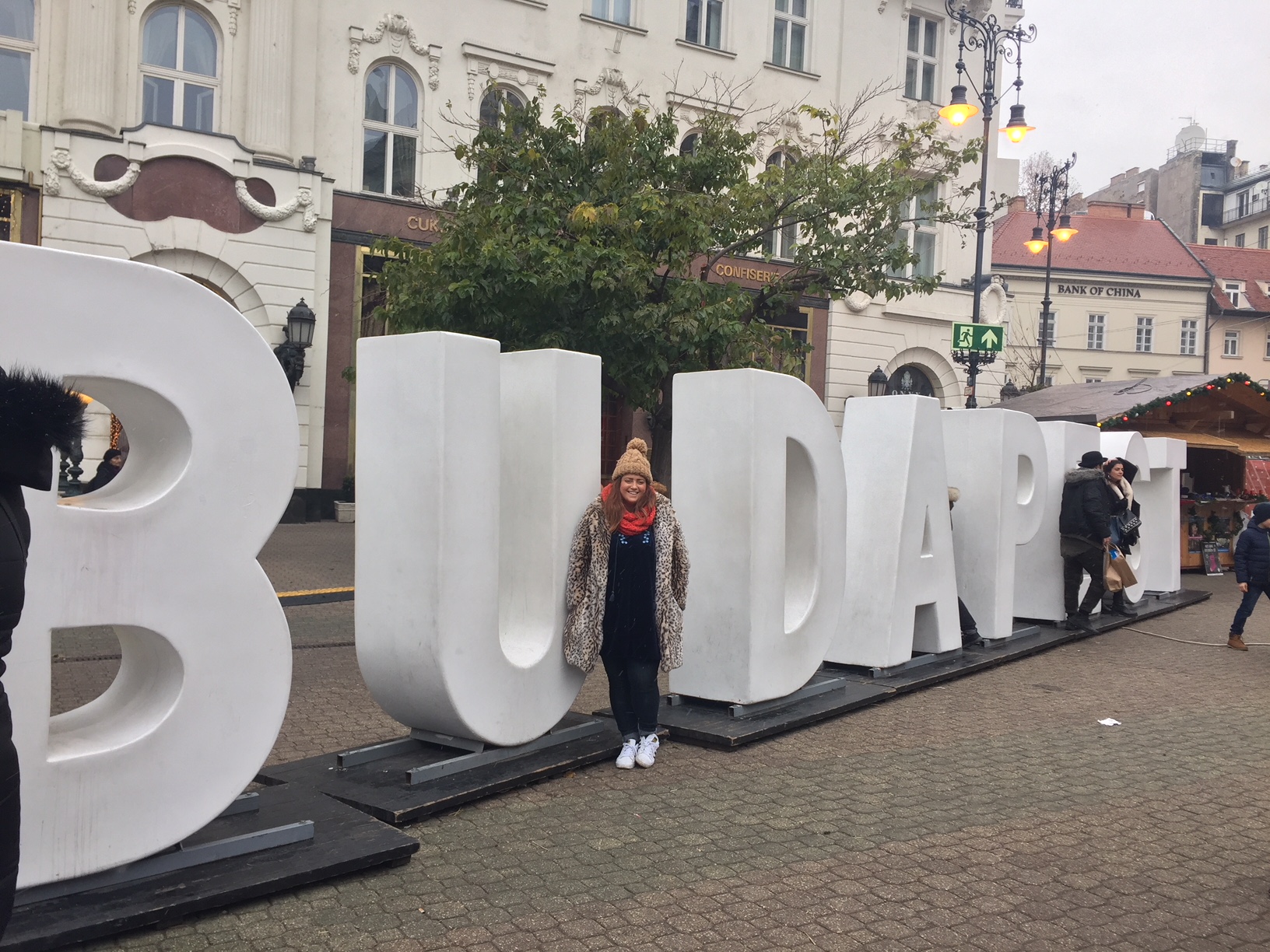 After a wonderful winter weekend away I thought it was only my duty to highlight what you must see and do if and when you visit Budapest. I’ve also pointed out some of the not so good points too, because you know honestly and all that.

**FUN FACT** the river Danube splits Budapest into Buda and Pest. We stayed on the Pest side and it seemed there was much more going on in terms of culture, restaurants and bars. Buda is home to buda castle and is very mountainous so think carefully about which part you’d rather stay in. If anyone has stayed on the buda side I’d love to hear your thoughts.

St Stephens basicila was incredible, a real architectural delight – even for the most basic of bitches **me** located on the Pest side it is grand in size and detail and steeped in History. We didn’t pay to go in, because felt like there was enough to explore without heading on inside and paying the pennies.

Széchenyi Thermal Baths – One of the largest thermal baths in Europe with 21 indoor and outdoor pools. We decided to go at night and it was magical. I know you’re effectively sharing a bath with hundreds of other people, but it was an amazing experience. I have to say the dart in our swimwear to the warm pools in sub zero temperatures was interesting, but it was worth it. We enjoyed an (expensive) Smirnoff Ice, but got told off for actually drinking in the pool, but I did it anyway, because, thug life.

The Ruin Bars – Located in the old Jewish part of the City Szimpla Kert was the original ruin bar and bars are built in abandoned buildings and stores. Szimpla Kert was simply a vast space with higgled piggledy rooms and themes, with the perfect mix of eccentricity and antique. A must visit for anyone looking for a great night out.

The view of the Parliament building from the buda side of the river – the photo says it all and all I kept every other footstep was “ohhh, look at the parliament, doesn’t it look incredible”

Walking through Heroes Square and the seeing the beautiful Vajdahunyad Castle come into view with the vast ice rink in front of it. In the summer you will find a boating lake in front of the castle

Goulash soup – A speciality of Hungary and you must try it, because you can’t come to Budapest and not try at least one of the local cuisines right?

Chimney cake – A sweet dough weaved around a traditional wooden roller and then stuffed with mousse and chocolate. Heaven yes? Could have eaten 12, yes. Admittedly we were told to have the original cinnamon chimney cake, with no filled but we rebelled, because we’re, well, rebels and it was probably a mistake, but YOLO.

Hungarian Hash Brown – Basically a massive (as in pizza sized) hash brown, topped with sour cream and cheese, it looked a smelled delightful and it is probably my biggest regret in life that I didn’t have one. There just weren’t enough days for all the food…. story of my life.

Karavan Street Food – Located in the old part of the City where the Ruin Bars are (literally two doors down from Szimpla) you will find Karavan Street food. Around 12 wonderful street food eateries ranging from vegan to pasta to pure cheese. With bars and a seating area it’s got all you could ever wish for in one place – winner.

70p pizza slices – Because you can take the gal outta Suffolk, but can’t take Suffolk outta the gal

I also need to point out the weirdest chocolate they do which apparently has cottage cheese in the middle (gag) I’m too much of a scaredy cat to try it and the thought of it made me feel pretty unwell, but they were in every single supermarket and people were actually buying/eating them, so try one if you dare…. And let me know what you think.

Wine and beer is so cheap so if you’re looking for a purse pinching break stick with those (we bought bottles of wine from the supermarket for £2…. and they weren’t even the cheapest ones)

Hot Chocolate – was basically like chocolate soup and yeh pretty rich, but just delightful all the same

Remember your Adapter plugs because we ended up spending £30 on a phone charger on the first night….. FAIL

the metro is great – not the London Underground by any means but it’s a great mode a transport to get around the city and a single ticket is £1 – 1 English pound guys. Funny story, on the second day I scrutinised the map and was certain a tram went right the way through Heroes Square, clearly impossible if you’ve been there, but in my cold, happy state I was certain of it. We walked around the same spot for ages, up and down the road and although there were no trams lines I continued to look for the tram – Spoiler, it was the metro, which literally did run right under Heroes Square.

Take it back to basics And get yourself a map – we swore by ours and it saves your phone battery too!

Get a bus to the airport – depart from Deak Ferenc Ter and is a mere £3. I’m not gonna lie they packed us in like sardines and there were some dicey moments, but for £3 who frigging cares.

Our Air BnB apartment was £35.17 per night (cheap right) and was very spacious, all be it quite far out with the scariest lift I ever did see and some weird door entry system that gave you 40 secs to unlock all 3 door and make it to said scary lift – not gonna lie, legitimately felt like I was in an episode of the crystal maze

We spent about £420 between us whilst away which works out as just over £100 per day. You can eat and drink cheaply but there are also expensive places to eat and attraction costs will always mount up.

We waltzed into a restaurant on the first night, which was bloody ginormous and they were fully booked, so we had to go elsewhere. I know other people have had the same experience, so if you do research before you go (unlike me) and find somewhere you’ve just got to go to, I’d recommend you book.

Now I wouldn’t go as far to say I’m a welcoming Wendy but some of the locals are not very friendly. Even with my charm offensive smile face and pleases and thank you’s. some people were just damn right rude, so prepare yourself for that.

So if you’re looking to tick a city break off the list, I implore you to consider Budapest, you won’t regret it. 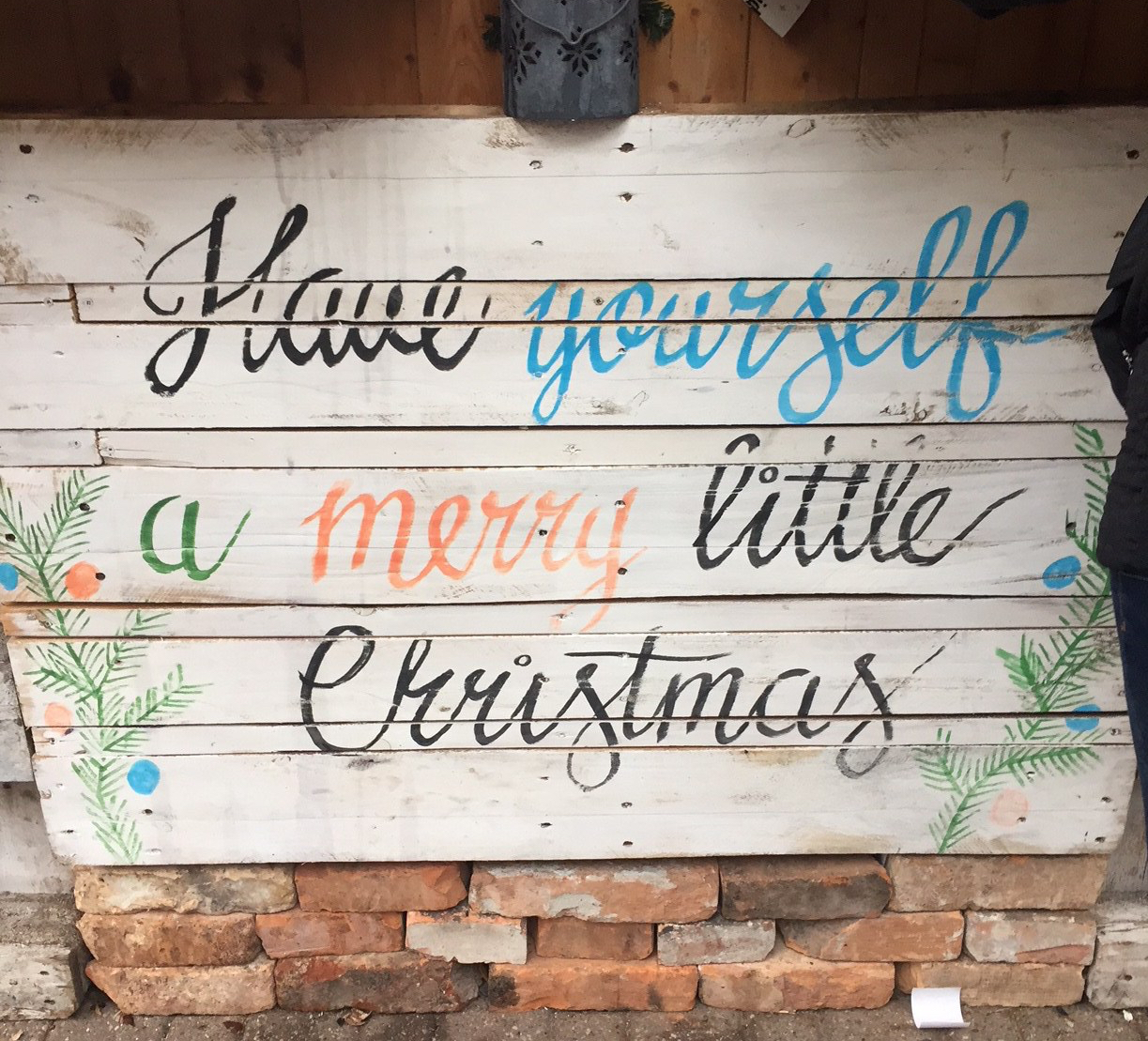 The Fashion I Wish …

Have I Broken The …